Hello, readers and fans! So much has happened in the last few months. I read a book, The Artist's Way, that really helped me work through things holding me back as an artist, and to focus more on what my strengths are and pursue those interests. My conclusion is that I am a songwriter at heart; yes, jazz means so much to me, and I will always study it, but when I look at who I really am and what I could do for hours without realizing the passage of time, it is writing songs. I always have done so, sometimes with greater prolificness than others, but no matter what genre I have performed or studied, I have composed. Doing so for all those years has finally brought me to a place where I feel really good about what I am putting out there - my crafted lyrics, the way I write harmony, and then the arrangements and production for a band or live performance. Working with Jae Sinnett on my songs and recording last year helped immensely. The first was that he gave me confidence when we would work on tunes, and as I was leaving, he would say, "These are good tunes." And that filled me up like I hadn't been in that way in so many years. Other song submissions to TAXI or to my church in the past were met with "We're not looking for that style right now, but keep writing; you have good potential," and then many times no response. So I got discouraged back then.

But with my new album I've had great success so far, and I feel so blessed. I've gotten to go on local radio 3 different times, local TV, and performed and/or did interviews on all of them. We waited to release my album nationally until January because the market was inundated in the fall. So I just went to Jazz Congress (had a blast!), and mailed 156 albums and one-sheets to radio stations all around the country. It was a really cool moment with my kids, because they helped me label, sticker, fold, and stuff, and they would say, "This one's going to Los Angeles!" I would say, "This one to Wisconsin!", and it was such an amazing feeling to be sending my music all around the country! This first week it has been played on 9 stations and gotten 24 spins - a little bit of a slow start, but many haven't gotten the chance to add it yet, so I look to see those numbers rise significantly in the coming weeks! 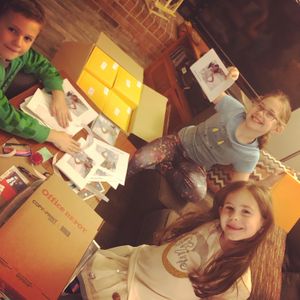 I just found out yesterday I WAS NOMINATED FOR A VEER AWARD! Veer Awards are local awards given to artists and venues by category; I was nominated in the jazz category for my album, and it is a dream come true just being nominated. (You can VOTE HERE.) I do hope to win!! So please vote for me if you get the chance.

Other developments in my career are that after 14 consecutive years, I am stepping down from the Doorway Singers! It has been extremely formative in my career, helping me to develop my voice early on, giving me a lot of performance opportunities, getting to dress up in different costumes and sing, and I've met so many wonderful people and venues because of it. But I am doing so to leave room for my own solo and ensembles to progress. 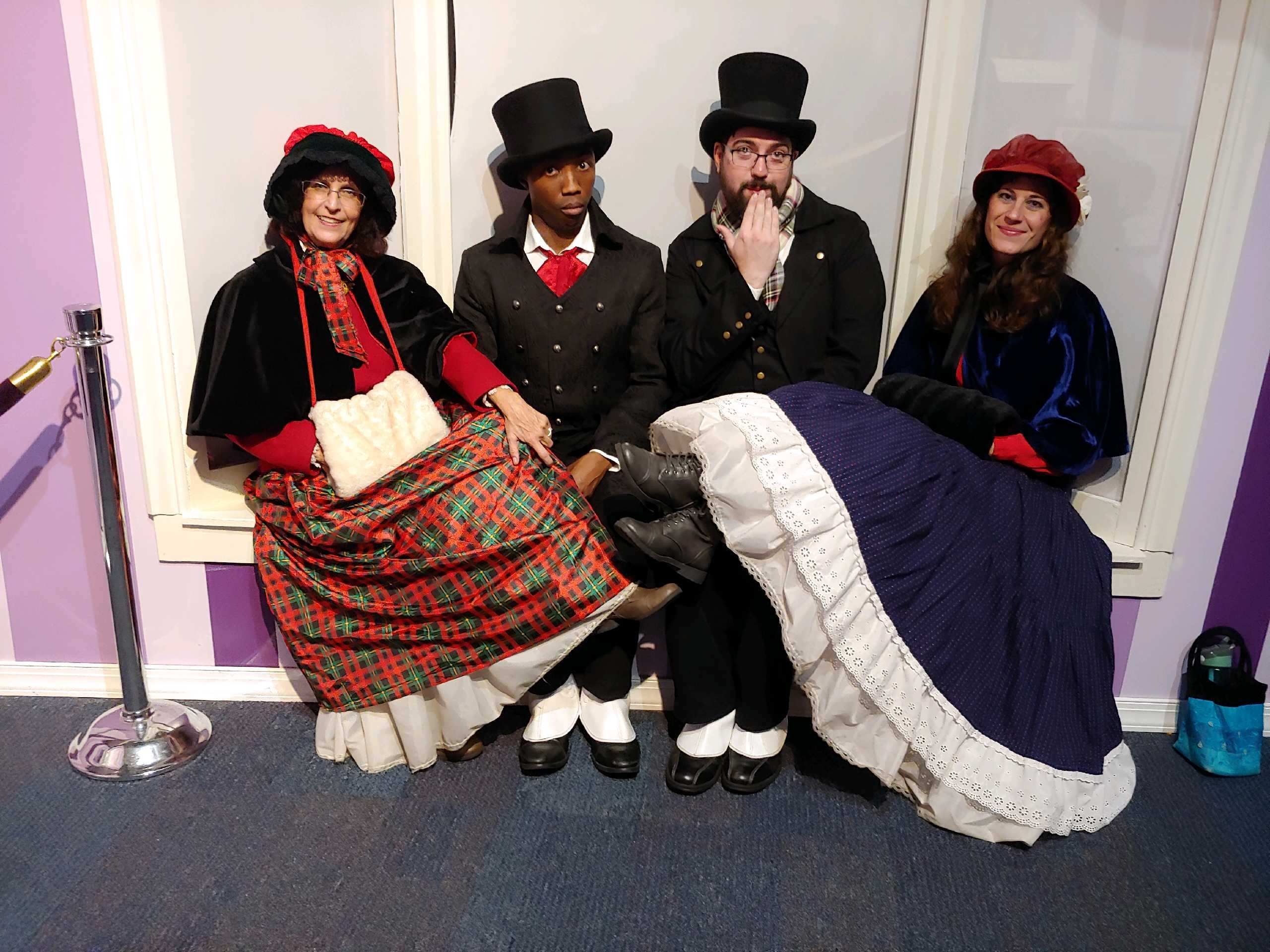 My last Christmas season with the Doorway Singers

I'm starting a band!! I put together a band for a New Year's Eve gig and we discovered that we have a very similar philosophy of music and performing, and the songs and styles that we all like to do are on the same page! We're the four J's - Jennifer, Joe H., Joe M., and Jeff. We're calling ourselves Blue Orpheus, taking the name that Joe M. and I had created for our duo. We're going to be dynamite, and we already have a gig booked at the Bunker on Feb 1st. I'm going to be promoting and trying to get us booked in the coming months, especially as summer performance season opens up. 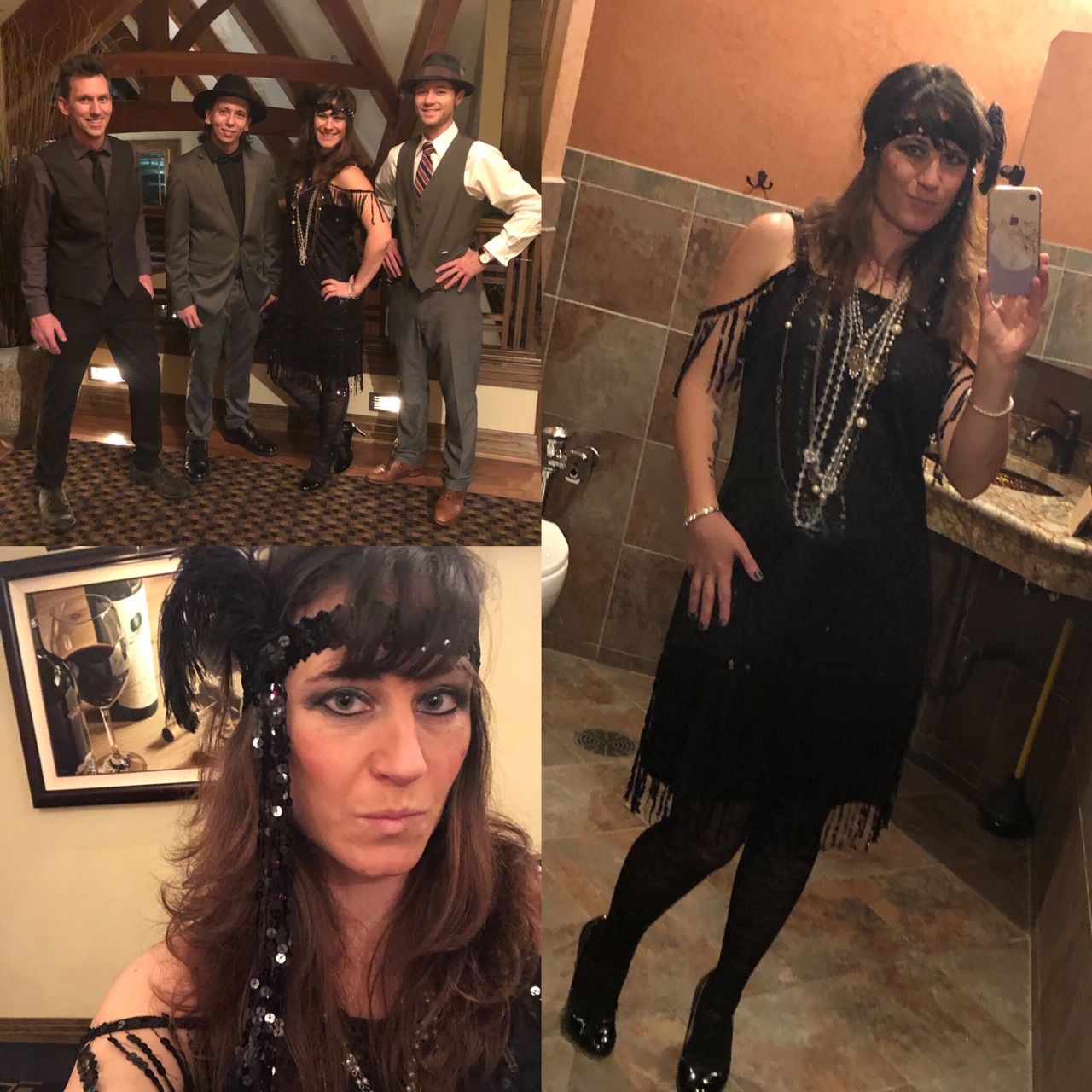 I got so many new ideas from Jazz Congress this year, including how to make engaging videos, how to start getting on the road with my music, and various social media marketing tips and strategies. So here I come, 2019!! May you be filled with much music and much success! 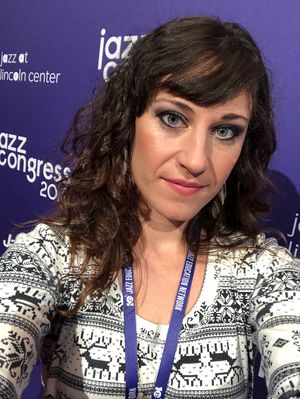